ASUU Calls On The President To Probe JAMB ( 12 )

An official of the Ikeja Distribution Company (IKDC) was found on a electric police after been electrocuted today. According to the source, she said the PHCN official was noticed when he was not moving after about 15 minutes. The electric pole is just right in front of the police college in Ikeja,Lagos. Policemen came to the rescue and he was moved to a nearby hospital before he was confirmed dead. 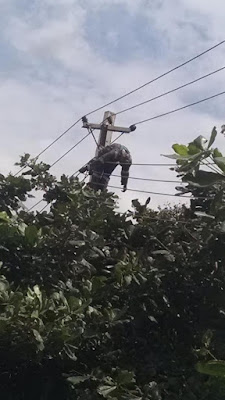 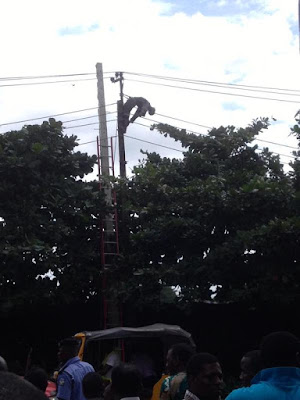 Back to posts
This post has no comments - be the first one!
UNDER MAINTENANCE
3
20
Music | Forum | Movies | Terms of Use | Contact page | Advertise with us | Sitemap
Copyright © 2015 MasterExamLoader Built With ♥ By JosalF
66Games
12951
Log inSign up